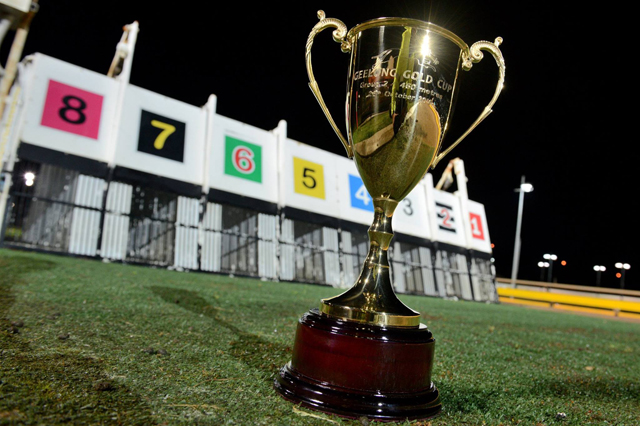 
The fields are out for the 2017 Pet Panels Geelong Gold Cup and as always there is a strong local representation in the heats.

Kennel mates Landmark and Leo’s Gift are both hoping to make their local cup their second country cup, after Landmark took out the Bendigo Cup and Leo’s Gift claimed victory in the Warrnambool Cup.

Landmark has drawn box one, the same box he jumped from in his Bendigo Cup win in July which he gained a start as the second reserve. Co-trainer Brendan Pursell has confidence in his 39 kilo chasers chances in the seventh Geelong Cup heat on Friday night.

“He loves the wide open track at Geelong so it was a no-brainer to enter him in the Geelong Cup heats,” Pursell said.

“Landmark has spent a lot of time at Geelong, either racing or trialling and hasn’t run unplaced.”

Pursell said you have to give a dog like Landmark a chance in the heats because of his experience on the track, but he would like to see the son of Where’s Pedro and Tiz Tears begin a bit better.