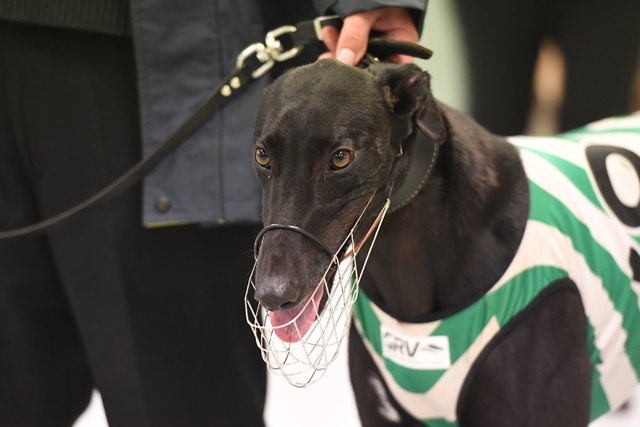 After missing out on a start in the Shepparton Cup in July Mighty Barcia will don the black and white rug tonight in a heat of the Group Two Pet Panels Geelong Gold Cup, which is run over the 460 metre distance.

After trialing at Geelong last week, and stopping the clock at 25.75sec first look at the track, Kerr has high expectations for this son of Barcia Bale and Mighty Elite.

“He is very fast in the early stages of his races, but he really needs to draw towards the inside of the track to showcase his talent,” trainer Shayne Kerr said.

“His two starts in Victoria (Shepparton in July and Horsham in September) Mighty Barcia drew badly in boxes six and eight and he just couldn’t cross, but drawing box two tonight is going to work in his favour.”

Mighty Barcia has his work cut out for him in heat one with Group Two Warrnambool Cup winner Leo’s Gift on his outside as well as two time country cup contender Kouta Mayhem jumping from box six. Tiggerlong Cruz is also in with a good chance, having only been out of the money on one occasion over the track and distance.

“I think that Kouta Mayhem will be fast out of the boxes, but hopefully Mighty Barcia is able to lead the field.”

“To be competitive in Victoria you have to run a strong 515 metres at Angle Park and he can do that.”

Kerr was aware of his chasers talent early on his career, singling out his maiden win at Angle Park where he won by eight lengths.

Tonight there are seven heats of the Group Two Pet Panels Geelong Cup, with the winners and the fastest second place getter receiving their rug in next weeks feature event.