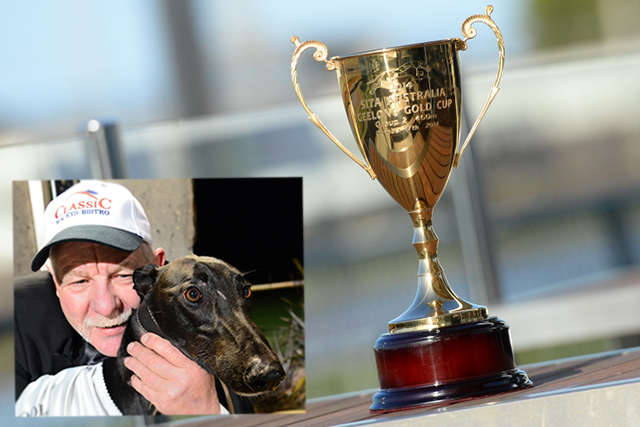 Geelong Cup Heats: Can ‘One-Bend Star’ Nunya step up to the plate?


Any potential concerns surrounding the 24 hour gap between next week’s Geelong Cup final and the Topgun have been put to rest given that Beckley Park will host eight quality heats of the Geelong Cup on Friday night.

While the Geelong Greyhound Racing Club may be a little disappointed that the likes of Fernando Bale, Dyna Double One, Kayda Shae and Lamia Bale will miss their local country cup due to Topgun commitments, they’d be delighted that they will still host the maximum number of heats.

Such is the drawing power of Victoria’s country cups in this day and age. Heats carry total prize money of $7,250 – including $5,000 to the winner – while first prize for any Victorian country cup final is a minimum $47,000.

Trainer Simon Barker, pictured above with Nunya Tron, said his greyhound is cherry ripe and drawn to run well.

“He loves wide draws so box seven will suit him perfectly on Friday night,” Barker said.

“He’s a much better greyhound now that he was when he won the Warrnambool Classic in May. He has learnt how to step out of the boxes and he has turned into a high quality one-turn dog. It’s just a matter of whether he is up to this class because he’s up against the likes of Dalgetty, who has been flying at Warragul lately.”