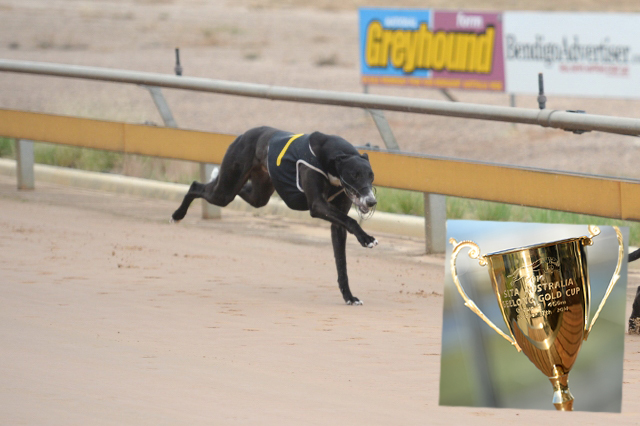 
Friday night’s heats of the Group 2 Geelong Gold Cup could well be the start of a massive month for Geoff Howell and his emerging sprinter Cut Loose Max.

A $6,250 purchase at last year’s Ready 2 Race Auction at Bendigo, Cut Loose Max is guaranteed a place in the heats of the Melbourne Cup on November 13 after brilliantly winning a Cup Prelude on October 8.

The son of El Galo and outstanding producer Girl Aloud is also very much in the picture for the lucrative Ready 2 Race Championship, for the top prizemoney earners from last year’s sale, which will be held at Sandown on November 6.

But first, Cut Loose Max will be tested in Group company for the first time in Friday’s Geelong Cup heats, with Pearcedale trainer Geoff Howell bullish about his prospects.

“I gave him his first race start at Bendigo because at least he’d been around there in the Ready 2 Race trials. He missed it by six or eight and was giving them about 15 lengths but he got up and beat them by a couple of lengths running away. I thought what have we got here – a super dog? And he is a super dog!”

“It’s probably his biggest test so far but I do expect him to win, to tell you the truth,” an upbeat Howell said.

“It’s a hard heat – there’s no easy ones – but I don’t think it’s that much harder than the races he’s been in at Sandown the last few weeks.

“Box one won’t do him any harm although he mightn’t know what to do because he hasn’t had it too often! If he can begin like he did at Sandown last Thursday, when he ran 5.01 early, it’ll take a very strong dog to catch him.”

While box manners have been a concern for Howell throughout much of Cut Loose Max’s 28-start career, improved getaways have been the key to his excellent recent form, which includes two flying 29.37sec Sandown victories in his last four starts.

“When I first got him he was coming out ten lengths behind them,” Howell explained.

“I gave him his first race start at Bendigo because at least he’d been around there in the Ready 2 Race trials. He missed it by six or eight and was giving them about 15 lengths but he got up and beat them by a couple of lengths running away. I thought what have we got here – a super dog? And he is a super dog!

“He’s been a bit hit and miss out of the boxes but he’s settled down a lot now and just keeps getting better and better.

“He has a heap of ability and he’s such a beautiful dog – he has a lot of personality and a lovely temperament – and I think there’s still improvement in him. My job is to make sure he stays happy and sound.

“The Geelong Cup was a good opportunity to give him a breather from Sandown and it will set him up nicely for the Auction race and the Melbourne Cup.

“It will be absolutely fantastic to have a runner in the Melbourne Cup heats. The dogs are more than a number to me. It’s a big achievement and it’s pretty personal because you put your heart into it.”

Related: Can Nunya Tron Step Up to the Plate?

About Gerard Guthrie - Chief Journalist The Greyhound Recorder Chief Journalist with The Greyhound Recorder newspaper since 2001, member Topgun selection panel, Dapto Megastar selection panel and Australian and NSW Greyhound of the Year judging panels, compere Dapto Puppy Auction, previously contributed to Sky Racing's The Catching Pen, Sky Sports Radio's Going Greyhounds and www.thedogs.com.au website. Part-owner 2013 Group 1 Paws Of Thunder winner Sheikha. (The views in this article are those of the author and not necessarily those of GRV) View all posts