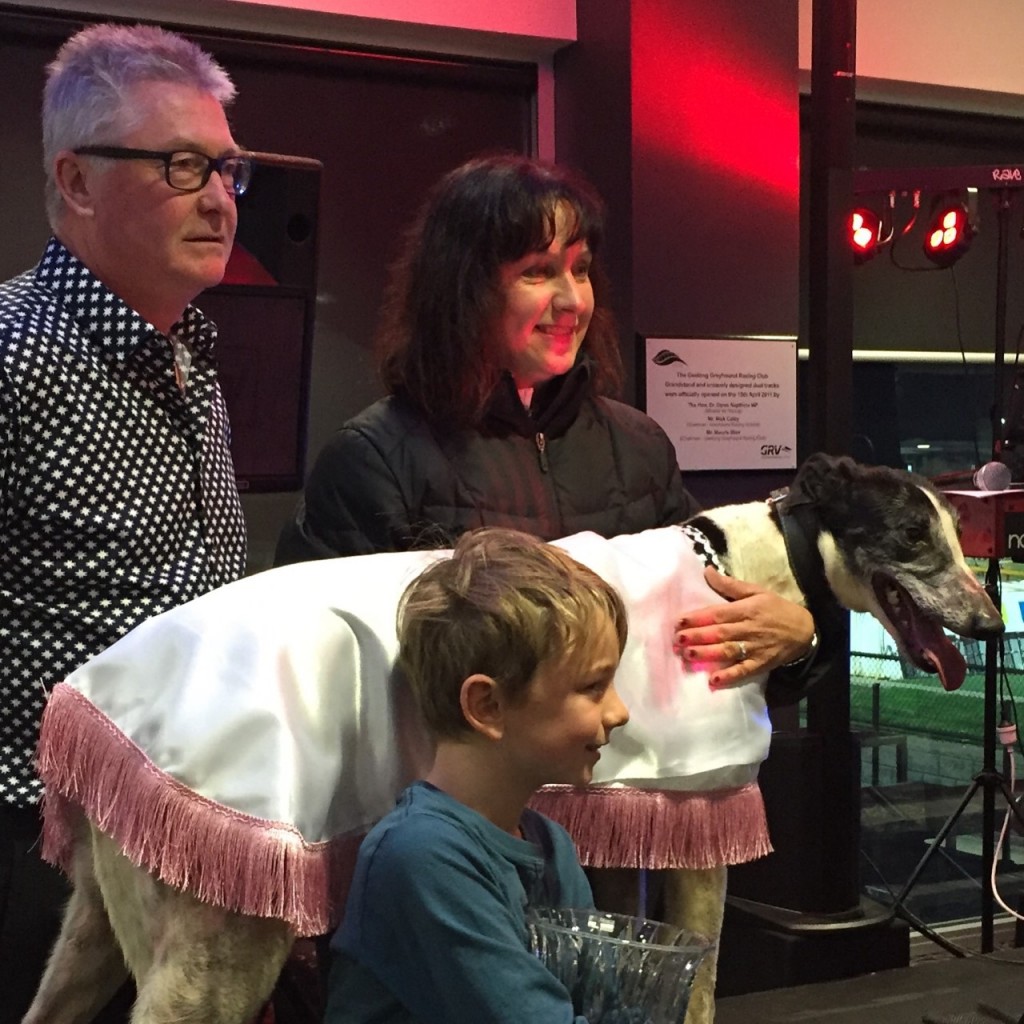 
Wind Whistler and Angela Langton (pictured) made it two Geelong Winter Cup’s in a row tonight at the clubs inaugural Girls Night Out.

Last year the white and black greyhound was the surprise victor paying $8.50 for his first victory in the 596 metre feature, this year he found himself up against the very talented Buck Forty who was $1.90 favourite.

Wind Whistler did the unthinkable – run down a leading Buck Forty and it wasn’t just a surprise for punters who got back $24.00 for every dollar they put on the veteran, trainer Angela Langton was equally as shocked.

“It feels like deja voo! I can’t believe the old dog won, he is over four years old and he just kept trying to the very end,” trainer Angela Langton explained.

“I am very pleased to win the race again – Geelong put on a fantastic Girls Night Out and I love being apart of it.”

The Winter Cup capped of a great night out at Geelong, which saw 120 guests enjoy dinner, drinks, dancing and entertainment.