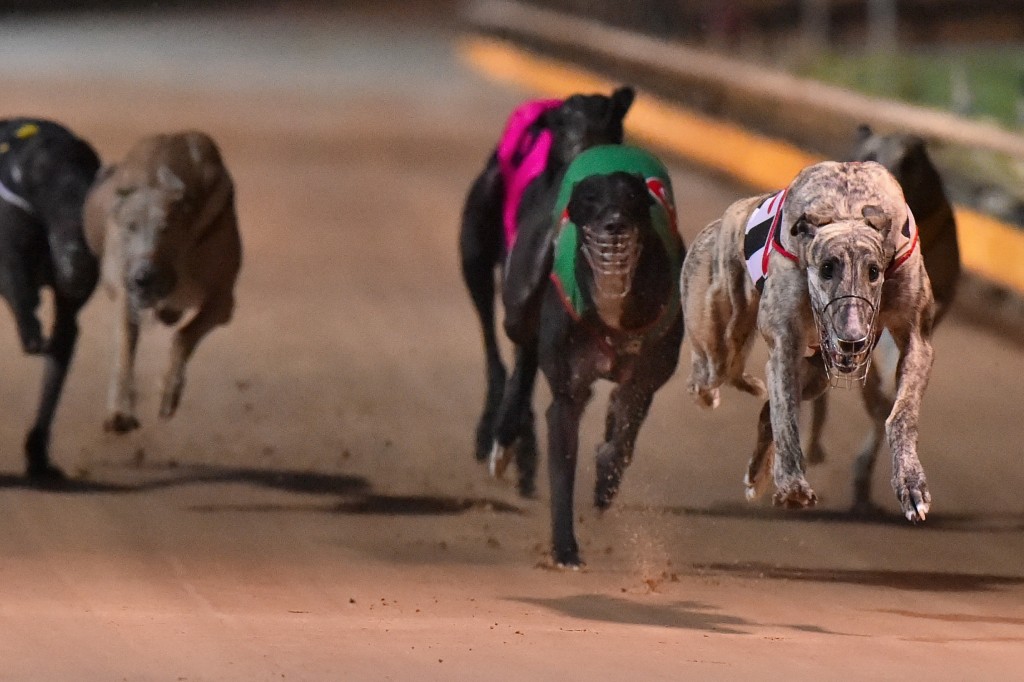 As he did in his heat, the Tony Brett-trained greyhound stormed over the top of his rivals in the home straight to snare the win, and the campaign was particularly satisfying considering Thirty Talks had endured a dropped back muscle in January, keeping him sidelined for six months.

“It’s a very sweet victory to win a big race like this against some of Victoria’s best greyhounds on their home soil,” Brett said after the race, in which Bewildering ($2.90Fav) ran second and Aston Miley ($4.40) third in the time of 25.377sec.

Brett, who thanked former Queenslander Vicki Wisener for housing Thirty Talks at her new home at Hazelwood in Victoria, likened a greyhound’s back muscle injury to a person tearing a hamstring or quad muscle.

“Greyhounds almost always lose some time on the clock after returning from a back muscle injury, so who knows how good Thirty Talks could have been had the injury not happened,” Brett said after his star claimed the $47,000 first prize.

“When I first brought him back from injury he wasn’t racing too well, so I decided to bring him to Melbourne to race him in the Speed Star at Sandown in September as I thought the one-on-one match racing would help him regain some confidence. I also thought that racing in this series (Geelong Gold Cup) would suit him as it’s a one-turn track so he’d have plenty of galloping room. We don’t have any one-turn tracks back home.”

Thirty Talks (June 2014 Where’s Pedro – Unfinished) was bred by George Kairouz and is owned by Leonard Antonio. He took his record to 29 wins from 47 starts, while his prize money now stands at $366,127.

Meanwhile, the Drysdale Football Club were the biggest winners from the Sports Club Challenge, collecting $1,000 cash for having the most representatives among the local sporting clubs in attendance, while the Corio Cricket Club collected $500. 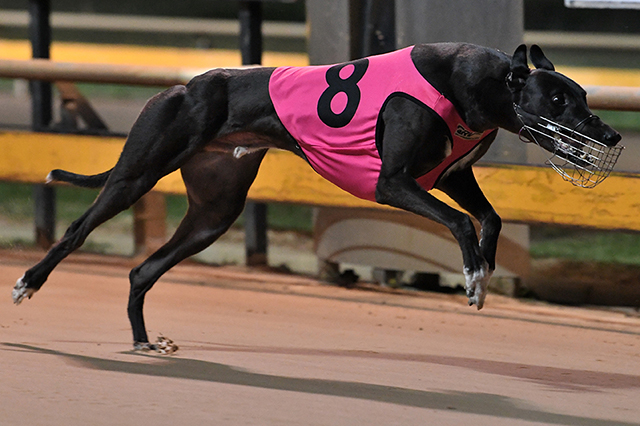 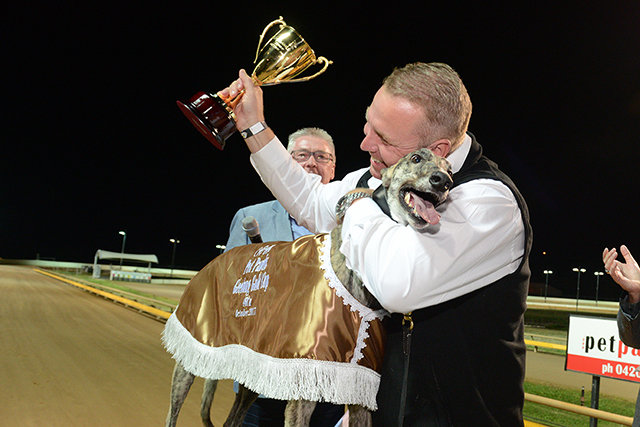 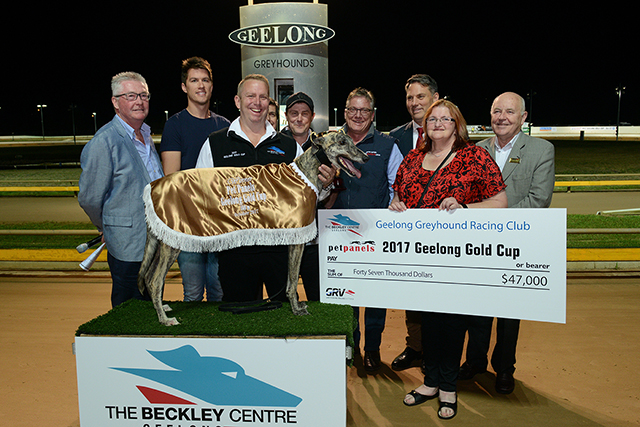 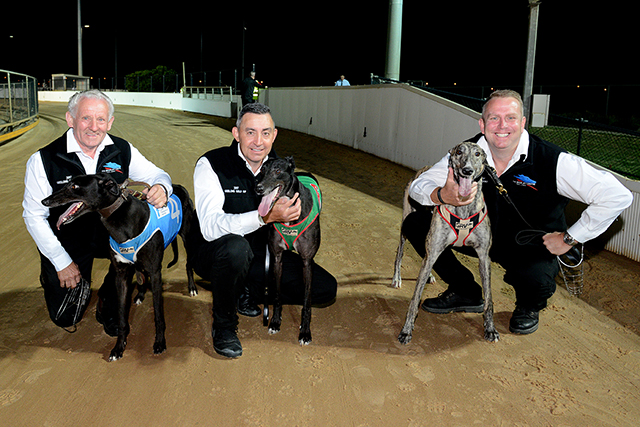 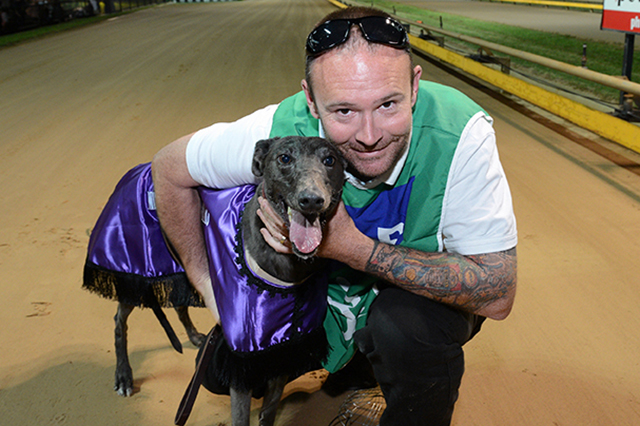 Gordette with trainer Adrian Kenyon after winning the $9,000 Geelong Oaks. 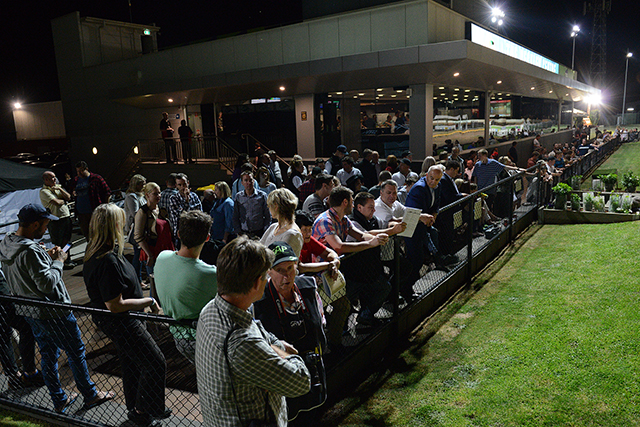 Locals turned out in numbers on a warmish night.