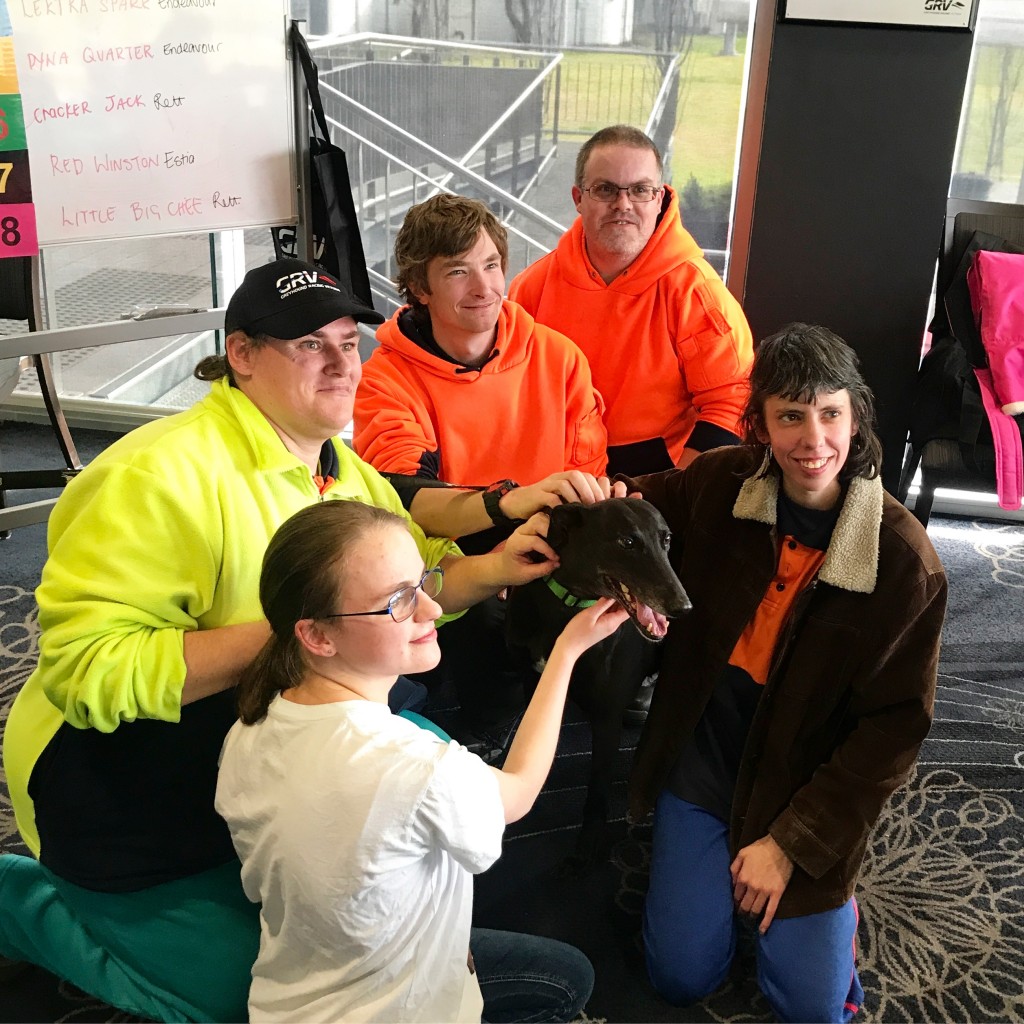 A great day out at Geelong’s TAB Great Chase

Three community groups shared the prizes at the TAB Great Chase Community Day which was held at the Geelong Greyhound Racing Club.

Esthia Health Leopold, the Endeavour Foundation and Rett Syndrome Association of Australia were all winners on the day.

The TAB Great Chase series is organised by Greyhound Racing Victoria in partnership with TAB. It aims to promote social inclusion and provide an enjoyable day at the races for local disability groups – and participating organisations also appreciate the opportunity to raise much-needed some funds.

Geelong resident Matthew Field was one of the guests who attended with the Endeavour Foundation to enjoy an afternoon of racing, lunch and VIP treatment.

“I´ve been going to the Great Chase for about five years. It’s a great day,” Matthew said.

Matthew had a head start on most of the Great Chase guests, many of whom were new to greyhound racing – every Friday he goes to the Beckley Park club to watch the races, so he knows a thing or two about racing form. 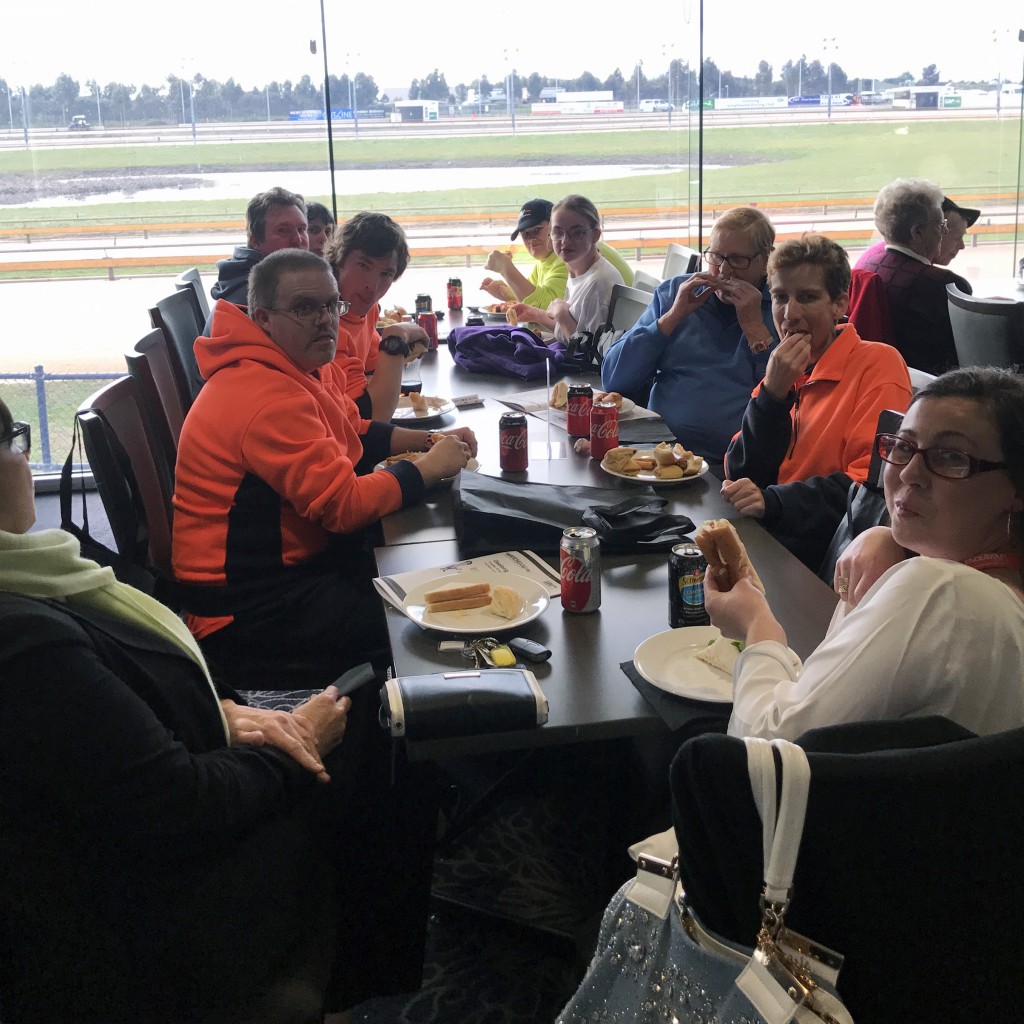 On the day however, community groups were randomly assigned dogs and accrued virtual points according to wins and placings, so Matthew’s inside knowledge wasn’t called upon – although he is confident he could have picked the winning dog if he’d been given the chance.

“I love the greyhounds. It’s a great atmosphere, you get to meet new people, see friends.”

The Endeavour Foundation did very well on the day, winning a very handy cash prize.

Simone Grinter, who is an Employment Coach with the Endeavour Foundation, thanked the club and organisers of the Great Chase. The group provides a range of programs for clients, encompassing employment opportunities, education and life skills.

“We are so excited to have been lucky winners. We would like to thank the Great Chase team immensely for inviting our group to be a part of such a wonderful initiative. I would highly recommend our community to get on board and join in on the next one, it is such a wonderful experience,” she said.

Simone said the organisation was thinking about putting their prize towards a Christmas party that all staff and clients could enjoy – and they might even have it at the Beckley Park club.

The TAB Great Chase Community Days are being held at 13 greyhound racing clubs around Victoria. Geelong and Warrnambool kicked off the 2017 series, which has been held since 2003, and the remaining clubs will host events over the next few months, culminating in the grand final which will be held at The Meadows in Melbourne on October 25. 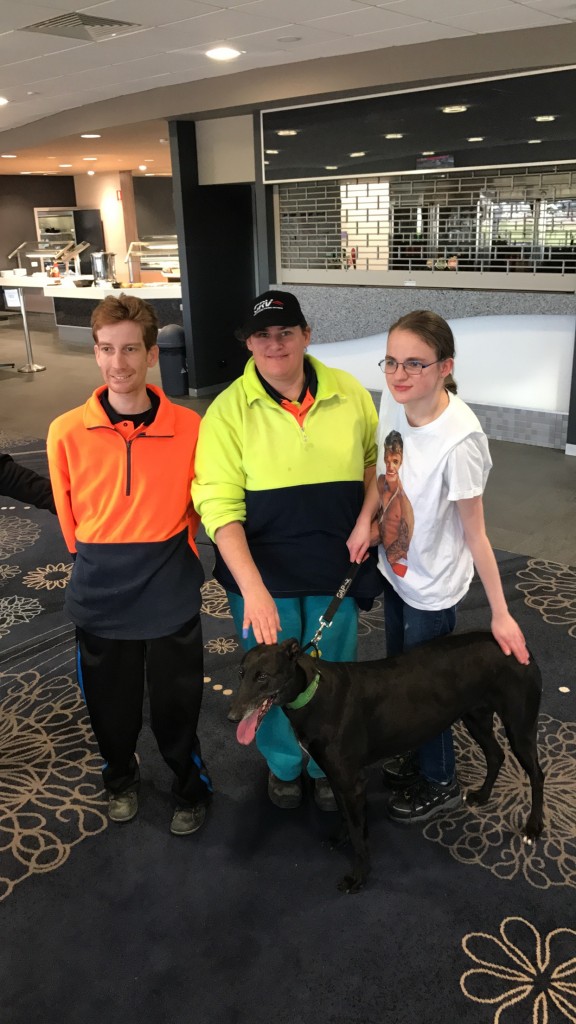