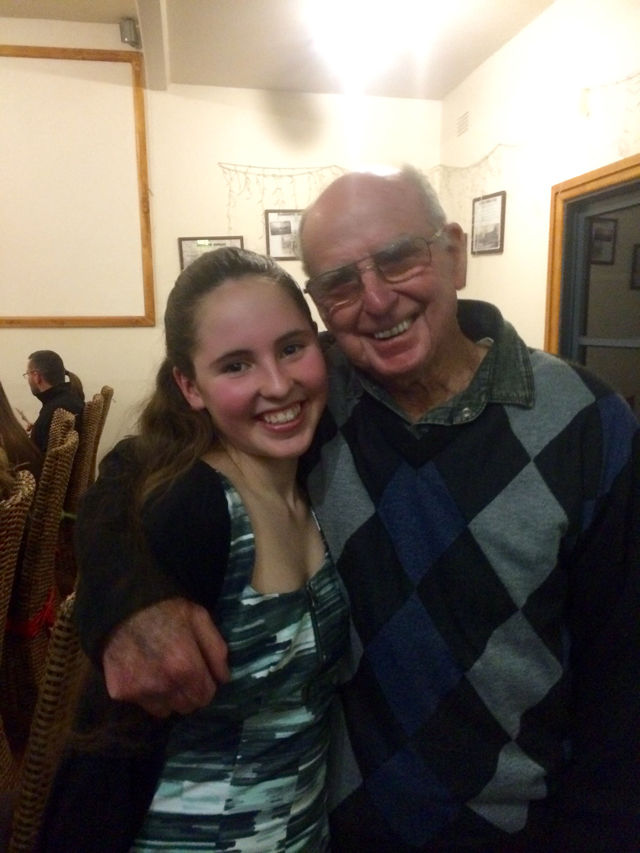 
The greyhound racing community is saddened by the loss of Ian Vigor after he passed away on Friday April 21, holding his granddaughter Larrah’s hand (pictured above).

Ian faced a long battle with cancer but never complained and was always smiling.

Ian was greyhound racing’s gentleman for 43 years and was always willing to lend a hand and share his knowledge.

Ian had a strong affiliation with the Geelong Greyhound Racing Club as a committee member. During his time with the Club Ian ran the bar and helped with trials after the races and on weekends.

Ian was also a member of the RADB panel as well as being on the bench at the Country Court for Inquiry’s and Appeals.

But the highlight of Ian’s training career was claiming victory in the Group One Perth Cup in 2004 with Kilby Supreme.

Ian Vigor, a true gentleman who will be dearly missed by all and never forgotten.

Ian and his wife Elaine bonded over their love of greyhound racing, which was then passed onto their daughter Del, who just as quickly shared the passion her parents had for greyhounds.

Del and her husband Pete have watched their children Hayden, Pierce, Larrah and Adam grow into the sport of greyhound racing under the watchful eye of their Pa.

Larrah has been Ian’s shadow for the past 13 years, soaking up years of greyhound knowledge and love – and now aspires to one day train greyhounds like her Pa.

Ian and Elaine’s two sons Warren and Cameron chose another speedy path Ian led them down – cycling. Ian raced road bikes professionally for many years, which rubbed off very quickly on his sons.

Fellow trainer and close friend David Burnett believes that greyhound racing has lost one of its best individuals.

“Nothing was ever too much for Ian, whether it be traveling across the state with his dogs or helping out a friend, Ian was always there,”

“Ian shared a lifetime worth of greyhound knowledge with me and I cant thank him enough for the time he spent helping me.”

Ian and his wife Elaine trained a number of greyhounds for Burnett in the past few years, including Big Barking Bert who recorded his last victory for the Vigor and Burnett team at Geelong in November 2015

Ian’s funeral will be held at the Church for England in Bacchus Marsh on Thursday April 27 at 11am.

About Molly Haines - Communication Assistant at Greyhound Racing Victoria with 16 years of experience working with greyhounds in all capacities. View all posts